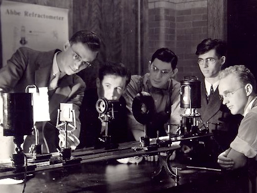 Few individuals have had as significant an impact on the Institute of Optics as Robert E. Hopkins. Hopkins first came to the Institute as a graduate student in 1937, received his MS in 1939 and completed the PhD in 1945. During his distinguished career he served as Professor, Director of the Institute, and founded Tropel Corporation (now Corning Tropel).

Long-time Institute historian Hilda Kingslake had the following to say in describing Bob’s expertise and interest in optics: 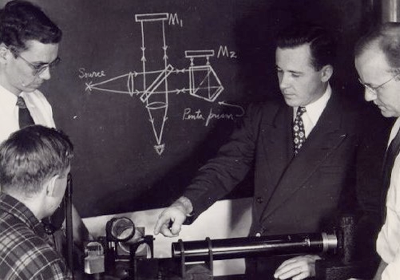 His own great interest and great distinction has been in lens design, image quality, and geometrical optics in general. However, his appreciation and understanding are wide, so on being made Director, he immediately proceeded to staff the Institute for a greatly increased program of teaching, research and cooperative efforts in a completely forward-looking approach. He was also convinced of the vital importance of good undergraduate teaching. 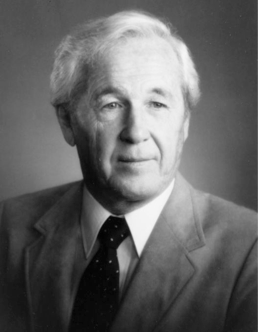 A New Initiative in Optical Engineering

In 2008, the Faculty of the Institute of Optics approved the establishment of a new curriculum in Optical Engineering to enhance the existing BS program in optics. Coincident with the establishment of the new teaching laboratories in the fifth floor of the Wilmot building, this initiative sought to offer a new level of design experience in a suite of laboratories that would allow student access to high-level, hands-on experience with optical fabrication, surface metrology, lens and system metrology, polarimetry, thin film metrology, optical system design, optomechanics, waveguide engineering, and coating design.

Read the 2009 Optics Newsletter for information about the formation of the Hopkins Center.